Spring is here at last, a time for new beginnings and a new flurry of activity on the blog. It might still be freezing but the evenings are lengthening and I've been clearing the freezer of all last season's fruit to make way for this year's harvest.

There were a lot of blackcurrants in there. Since I last updated the Rough Enough Guide I have started 11 gallons of wine and six of them have been blackcurranty. Two plain old blackcurrant and the remaining four blackcurrants mixed with,

Way back in August 2011 the first wine I made was blackcurrant and it disappointed me. Dry, dry as a bone. I think that was why it took me two years to attempt blackcurrant again.

Then Jazzer presented me with the entire crop from her solitary blackcurrant bush and we had another go. We started it together and I continued the racking process myself. We used less sugar and Young's Super Wine Yeast Compound. It finished really quickly and, needing something bottled and Jazzer very keen to see it in bottles, we went ahead. We bottled five and polished off the last bottle from the flagon. It was surprisingly delicious considering it was only 6 months old. Jazzer wanted to get stuck into another one but I explained to her that it would not really be properly ready until next August.

Can I take it home with me?

You can take your two bottles if you think it's wise.

Did you think it would be all yours? The deal is, and I do this for anyone who provides me with ingredients. If there are six bottles I keep three. For I do all the sterilising and racking.

She saw my point and she got her two bottles.

You know you should really keep them six months.

I'll drink one and keep one.

She drank them both and now she has the wine making bug, rang me tonight looking for a bit of advice on her first batch which she is making using frozen blackberries and raspberries from Tescos. Interesting. If she keeps this up she'll be in rehab before long.

I'll try to keep my three bottles of the Jazzer Blackcurrant until August but it is rather good. No doubt, next time she's here we will fall to it with gusto. 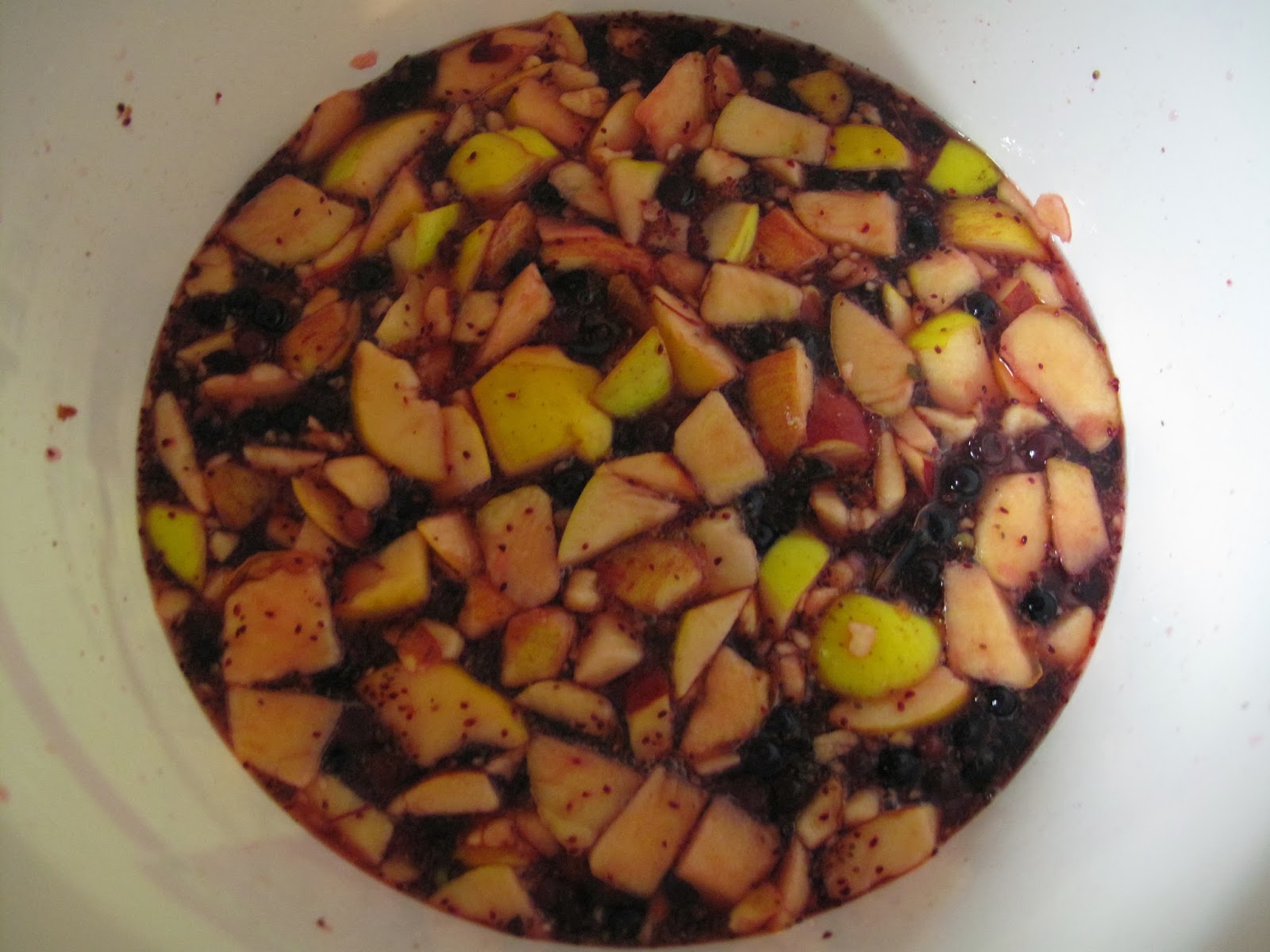 Blackcurrant & Strawberry
Posted by Nelly at 12:54